The 0riginality of Georgics: Interpretation of "Praise of the Country Life" (summary)

The 0riginality of Georgics: Interpretation of "Praise of the Country Life"

Virgil proclaims the originality of the Georgics three times within the poem (2.174-476, 3.40-42, 3.289-294), suggesting that the Georgics has something to do with Hesiod's Erga, Lucretius' DRN, and his own Eclogues. Regarding these references to poetical works, I would like to propose two problems:

First,in the epilogue of Book2, the view of Lucretius and that of Virgil are abruptly introduced. We should notice that this stand of Virgil is that of a shepherd in the Eclogues, but what does this comparison mean?

Second, in the proem of Book 3, however, Virgil promises to write an epic ln the future as a "uictor", while in the preceding epilogue, he says he would rather love nature even if he remains "inglorius". How can we explain this contrast?

My answer is that the epilogue of Book 2 and the proem of Book 3 construct a "sphragis" which expresses Virgil's career as a "primus" poet in Rome.

My grounds of this conclusion are the followings:

l. In the middle of the epilogue (2.475-494), Virgil compares his view of nature with that of Lucretius. The latter rejects the belief in god, while the former worships rural gods, like a shepherd in the Eclogues. These contrasting points of view develop into the original viewpoint of the Georgics.

2. Through the description of the happy farmer, the epilogue as a whole expresses the ideal of the Georgics, which Virgil has developed from the themes and motifs of Erga, DRN, and the Eclogues. For example, the hard work motif in the Georgics can be traced back to Erga, but the farmer, like an Epicurean, is also required to gain scientific knowledge of nature (l.50-53).

But unlike Lucretius, Virgil justifies this seeking of knowledge from a religious standpoint---Jupiter has made man's condition harsh so as to sharpen his wit. Answering this divine will, man's constant work based on his creative mind has given rise to such highly civilised nations as Rome.

In this respect, Virgil's interpretation of work is quite different from that of Hesiod, who regards it as divine punishment, while in the Georgics, man's work is taken as cooperation with a benevolent divinity. Hence comes the farmer's piety.

The farmer, like a shepherd in the Eclogues, shows deep respect for divinity, but the farmer's piety is not so much based on "carmen" as on "labor" that will contribute to the prosperity and peace of Rome as well as man's inner peace (otium).

3. In the proem of Book 3, Virgil promises to write an epic which will glorify not only Caesar but also the poet himself.

With these analyses of the epilogue of Book 2 and the proem of Book 3, this part as a whole can be considered a "sphragis" which, I believe, has the hidden function of emphasising Virgil's sense of pride about the originality of the Georgics. 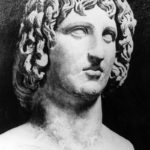 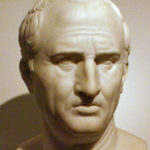